Here's a rare pick of four Leos having fun on picture day at old Empire. I am guessing this is circa 1980 (possibly '79).

The players I have identified (from back to front): Terry Bailey, Lui Passaglia, Glen Jackson (L), Mike Nott (R).

Continuing off the list of more underrated and forgotten Lions receivers, one receiver might fit that would be slotback Scott Lecky who played for them from 1986-89. In the 2002, he recalls his years as a Lion including the ill-fated 1988 Grey Cup:

I've said this before and I'll say it again. My most memorable play involving him would be in the underrated 1988 WDF in Edmonton. It was a close game for the most part into the fourth quarter with the Lions clinging on to 20-19 lead. And that's when Matt Dunigan connected on a long passing play to Scott Lecky to bring the Lions to the Eskimos red zone. That play seemed to immediately change the momentum into the Lions favour as they immediately scored a TD after that to give them more breathing room, and then another TD and a FG while the defence did their job to put the game away 37-19.

He is now a hotel owner for the Ramada Inn and Conference Centre in Cornwall, Ontario:
http://members.teamcornwall.com/profile ... Lecky.aspx

So the next time you go to Cornwall, ON how about giving him business and staying at his hotel http://www.cornwallramada.com/ to show your appreciation for his contributions as a Lion.

DanoT wrote:#55 Weathers, Isn't he the guy from Rocky movies?

One and the same.

When you think of former professional football player turned actor Carl Weathers, you will immediately think about him in the Rocky movies and possibly more minor films like Predator and Action Jackson. But you may not know that he was a guest star in the Six Million Dollar Man in which his character played football. Obviously, he was no match against the bionic man.

Emanuel Tolbert had a significant impact as slotback as Stampeder as well as an Argonaut who was involved in the Argo bounce in the 1983 Grey Cup. But in his last year in 1990 when he became a Lion as part of the 6 for 1 trade for Matt Dunigan, he essentially had no impact at all as he only played 7 games before he was released and soon retired. This only reinforces the thought that I said numerous times that the Matt Dunigan trade was one of the worst trades ever for the Lions as none of the six players became great long-term Lions and only one of them (Willie Pless) became a good short-term Lion as the other five were essentially terrible.

Anyways in retirement Tolbert became a subsitute teacher but ended up in prison as he was was tried for and convicted of rape and violating a minor in 2001. He was sentenced to 15 years in prison for the rape plus four years for the violation, to be served concurrently. Tolbert later pleaded guilty to a second violation and, deemed a habitual offender, was sentenced to another 16 years, again concurrently when he was charged with raping three girls aged 14, 15 and 17.

Jamie Taras and Eric Carter going on the Wall of Fame

In light of the recent discussions of the 1990 season in the favourite Lions QB thread, here's something that I didn't know about and I just found this out. In an attempt to improve the Lions defence in 1990, they signed linebacker Doug "Tank" Landry. I'd say most CFL fans best remember him from the 1987 Grey Cup when defensive lineman Glenn Kulka smashed Matt Dunigan's head into the turf and taking him out of the game, while Doug Landry picked up the ensuing fumble and took it for a Argonauts touchdown.


But in a Lions uniform, he lasted just 13 games in 1990 before he was released. I suppose that was part of Bob O'Billovich's cleanup efforts when he became coach and GM replacing Kapp and Kuharich, and despite working with him before in Toronto he felt that Landry was not in his plans. I heard that it was not his behavior on the field but off the field that was the issue as was considered a troublemaker along with Larry "Slick" Willis in the locker room.

In light of the recent passing of Ken “Kato” Kasuya, some more rare pictures of him in a group. He first joined the organization at age 13 in 1980 as a ball boy. 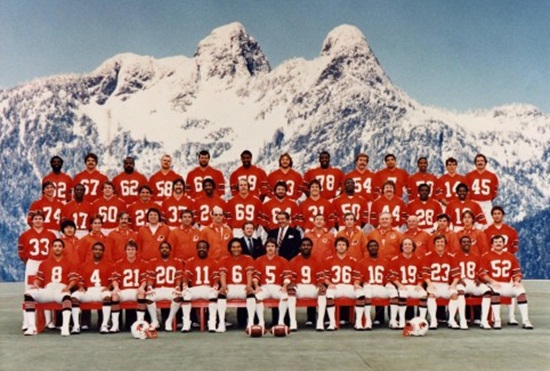 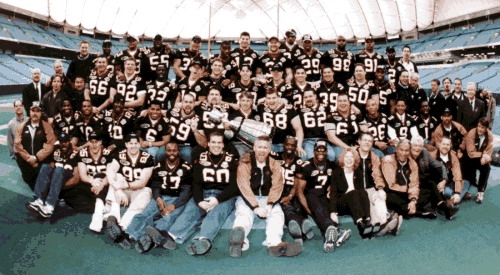 In light of the fact that receiver David Williams has been inducted into the Canadian Football Hall of Fame, what are your thoughts and memories of him? What was your favourite memory of him? Even though most Lions fans have positive feelings and memories of Matt Dunigan during his short two-year stay as a Lion from 1988-89, Lions fans don't seem to have similar feelings with his favourite receiver at that time - David Williams. Why is that?

My favourite home memory was in the penultimate regular season Lions game in which David Williams caught four touchdowns from Dunigan a huge 51-16 win over the Eskimos and gave the Lions a lot of confidence heading towards the playoffs. The fourth and final touchdown by Williams involved him catching a long Dunigan pass and then eluding two Eskimo defenders for the touchdown. You can see it at 3:07 at:


And my favourite road memory of him was in the 1988 WDF at Commonwealth. A very close game heading towards the fourth quarter, and the Lions clinging on to a 20-19 lead. But then a long Scott Lecky completion followed by a David Williams touchdown catch changed the momentum for the Lions for an ultimate 37-19 win. You can see that two plays at 1:03:40 at:

There's some fantastic Lion footage there - and memorable players - in that '88 wrap up. Talk about talent density.

The Dunigan scramble with Stew Hill all but knocking him to the ground about 20 yards from the LOS at the 15 resulting in a TD to Streeter who came back 25 yards was either Dunigan tossing a hail Mary of sorts or one of the best plays in football history. About 1:15 or so.

Quite the brawl at 1:22. I had forgotten that ending. Danny Bass kicks the Lion on the ground and all hell breaks out including David Williams with a great take down of his opponent.

The Dunigan scramble with Stew Hill all but knocking him to the ground about 20 yards from the LOS at the 15 resulting in a TD to Streeter who came back 25 yards was either Dunigan tossing a hail Mary of sorts or one of the best plays in football history. About 1:15 or so.

I've stated before that the 1988 WDF along with the 2000 WDF and maybe even the 2006 WDF (relatively speaking to 2004 WDF) is one of the most underrated and underappreciated Lions playoff games.

If you are looking to an Investment Advisor, how about hiring Kevin Konar as a reward to his great contributions as a Lion.

In light of the recent signing of Adam Konar, his father is indeed Kevin Konar. 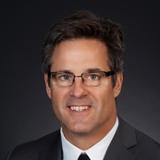 Llewellyn "Yo" Murphy who played for the Lions from 1993-94 is now working as Director of Sports Performance at an exercise research facility in Tampa, Florida called Applied Science & Performance Institute (ASPI).

With 15 years of combined experience as a collegiate and professional football player, Yo Murphy is an expert in strength and conditioning; specializing in performance and fitness in all age groups across multiple sports. Yo is the only football player in history to take part in 3 different championship games with 3 different professional leagues, winning 2 (NFL Europe World Bowl Championship, 1996; Canadian Football League Grey Cup Championship; NFL Super Bowl XXXVI). He has developed extensive and renowned training programs for college athletes preparing for combines and for professional athletes of numerous sports. He displays a constant commitment to youth fitness by ensuring young athletes are properly educated on their uniquely crafted, individual training and nutritional strategies. His attitude toward training is the cornerstone to his success as a performance coach.

So it was just over fifty years ago that the 1968 Grey Cup Game between the Ottawa Rough Riders and the Calgary Stampeders was played. The Rough Riders' quarterback that game was legendary Hall of Famer Russ Jackson.

After graduating from McMaster University of Hamilton in 1958, Jackson played for the Rough Riders from 1958 to 1969 leading the team to Grey Cup victories in 1960, 1968 and 1969. He also won the Schenley Award as the CFL's Most Outstanding Player in 1963, 1966 and 1969, was the MVP in the 1969 Grey Cup game and also the winner of the Lou Marsh Trophy for being Canada's most outstanding athlete in 1969. He therefore retired when he was still at the very top of his game. In November 2006 he was the number eight selection on TSN's list of the top CFL players of all-time. All this I knew.

What I didn't know was that the degree with which he graduated from McMaster was a Bachelor of Science in Mathematics! Moreover he was McMaster University's nominee for a Rhodes Scholarship, but decided to pursue a career with the Rough Riders instead of going for the Rhodes Scholarship. Russ Jackson was clearly blessed with a positively intimidating mix of abilities. I remember meeting Russ Jackson at a pre-game brunch prior to the 1987 Vanier Cup championship game for Canadian universities. The University of British Columbia Thunderbirds were heavily favoured to defeat the McGill Redmen. UBC were the defending champions and had been the dominant team out West. During his presentation, Jackson predicted a McGill victory. He pointed out a couple of key details. The weather was wet and cold and the field was sloppy. McGill had for several weeks played its games under really sloppy conditions but UBC had been playing its games under ideal field conditions. Secondly he showed us a clip of what the Thunderbirds liked to do on offence, and then told us how McGill could align its linebackers to take away what the Thunderbirds had been doing so successfully.

Well I looked for that McGill defensive alignment after the game started and the Redmen did precisely that. Final score: McGill 47 British Columbia 11. Russ Jackson had called it exactly.

I went to Rideau High School for one year and Russ Jackson was my math teacher. He didn't put up with any BS. I transferred to Ridgemont High School the next year. I think he was head of the math department. After football, he went back into teaching full time - I think he became a principal of an Ottawa area high school.

Even though I barely escaped his math class with a pass, he was a hero of mine as I grew up in Ottawa. He played on some great Rough Rider teams with some great players like Ronnie Stewart, Whit Tucker, Bo Scott, Moe 'The Toe' Racine, Kenny Lehmann, Margene Adkins, Ted Watkins and Gene Gains. I will never forget Bob O'Billovich missing the interception in the end zone and Sask scoring a touchdown on the play in the '66 Grey Cup - even Tucker's two touchdowns didn't take away the pain one little bit.